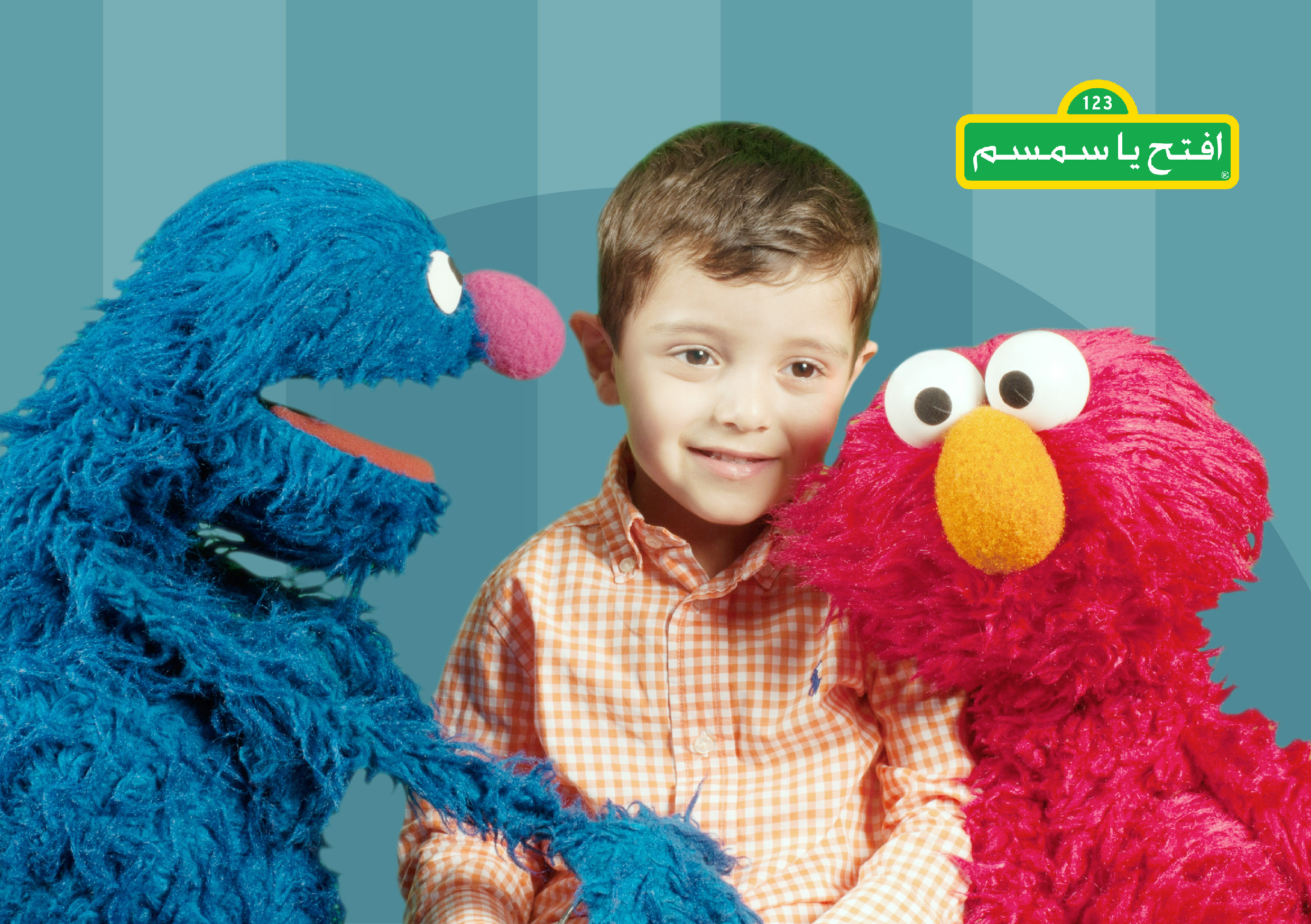 Iftah Ya Simsim is back this Ramadan with a 30-episode special to promote healthy eating.The Arabic-language TV show, based on the American programme Sesame Street, has been on air for two seasons since 2015.

Its Ramadan segments are shorter — around 15 minutes — and filmed in a cooking show format. Various chefs guest star, cooking up light meals with the help of fan-favourite Muppets such as Elmo, Noman and Shams.

The show is intended to bring families together during the fasting month.

“The biggest thing is to encourage parents to spend more enjoyable time with their kids,” said Asma Al Shamsi, who plays the character of Shams.

“At the moment, social media is the best way for us to see feedback on the show, and thankfully, the response has been really great, from comments to views. On our YouTube channel and our social media, comments have been positive.”

Shams is an energetic, six-year-old puppet who dons a flowery pink dress and wears her hair in braided ponytails. According to research, she is the favourite amongst female viewers in the Middle East.

“The girls lean towards Shams, and the boys lean toward Noman, Gargour or Kaaki,” said Rula Khadra, the show’s research and educational outreach manager. “Girls feel like Shams represents them, and even teachers favour her.”

Al Shamsi described her puppet as a girl who “speaks and moves quickly.”

Content developers Bidaya returned to Abu Dhabi’s twofour54 studios to film the 30-episode series, which has been airing on over 20 channels in the Mena region and on YouTube since the first day of Ramadan.

The show is proudly research-based. After a “curriculum” is crafted by experts for each season, the episodes are tested on students between the ages of four and eight.

“We see if they’re able to absorb the show interact with it well, and then we adjust and improve the research and the content,” said Khadra.

“The first season is built on a curriculum about healthy lifestyles for children. Season two was more about math, physics and chemistry. It is all created out of a vast, comprehensive curriculum, that was put together by a team of educational specialists, and approved by the ministries of education,” she said.

The current Iftah Ya Simsim run is a relaunch of the original Arabic show, which premiered in Kuwait in 1979. It’s based on the American programme Sesame Street, which started airing in 1969.

Sesame Street was a groundbreaking educational series that targeted children and sought their attention in a way that hadn’t been done before.

The show continued to evolve with the emergence of new insights. Its impact and influence on American culture became the subject of thousands of studies.

The Arabic version of Sesame Street was amongst the earliest international co-productions. It arrived after countries such as Brazil, Mexico and France had adapted Sesame Street for local audiences.

The research model of Iftah Ya Simsim echoes the original ethos of Sesame Street producer Juan Ganz Cooney, who said, “Without research, there would be no Sesame Street.”

According to Khadra, research is mandatory every step of the way for Iftah Ya Simsim. It has been a part of their process from the start.

“For example, when the puppets were first introduced, research took place in the UAE, Saudi Arabia, and I believe in Kuwait,” she said.

“The original puppets were shown to children and adults, and based on their reactions, the characters were tweaked and developed into what you see today. Malsoon changed colours, Noman changed his movements, all based on the research that we did and the information we extracted from kids and adults.”

According to Khadra, Iftah Ya Simsim is more than just a TV series and is supplemented with other forms of outreach.

“Brochures, short stories, songs, activations, PSAs [public service announcements] and the app. We even have a website with educational materials for kids and their parents,” she said.

The first incarnation of Iftah Ya Simsim ran between 1979 and 1990. The present show, which debuted on September 1, 2015, is aimed at both parents and children.

Quizzed on how the series manages to pull in the interest of adults, too, Khadra suggested a combination of nostalgia and targeted content.

“The idea is that the current generation of parents grew up on watching the old Iftah Ya Simsim. We create supplemental material directed at parents, as well as our social media accounts, which are directed towards them,” she explained.

“We give them guidance on how to interact with their children, and how to utilise Iftah Ya Simsim … In the future, we want to work on themes like forgiveness, respect, emotional relationships, and society. It’s a comprehensive programme,” she said.

During Ramadan, the relationship between parents and children is highlighted even more. The cooking show format encourages them to come together in the kitchen for a joint activity that can be both fun and educational, and result in a balanced meal.

“We wanted to provide simple, easy recipes, to help children feel like they’re important, and they have a role in the process,” said Khadra. “It’s about bringing families together, and giving kids a healthy option.”

Emirati puppeteer Al Shamsi, who studied drama and education and used puppets in her teaching, heard about Iftah Ya Simsim’s return to television on the internet.

“I read an announcement on social media that Iftah Ya Simsim was coming back for another season, and I submitted a video where I was puppeteering,” she said.

“I [previously] had a programme where I used puppets, so I had some basic experience in puppeteering.”

For her, becoming Shams was about more than just mastering her character’s voice, but rather learning how to move the puppet itself. The cast dedicated months to training and learning the techniques required.

“Because it’s a [television] production, you have to interact with the camera, the monitor, the lighting, and understand how the puppeteering works in front of a screen. That was new to us. We took our time learning it, but it got easier,” she said.

“The food is light and healthy at the same time, so that it’s not too complicated for kids. Plus, it’s really important for parents to supervise the children during cooking, for safety.