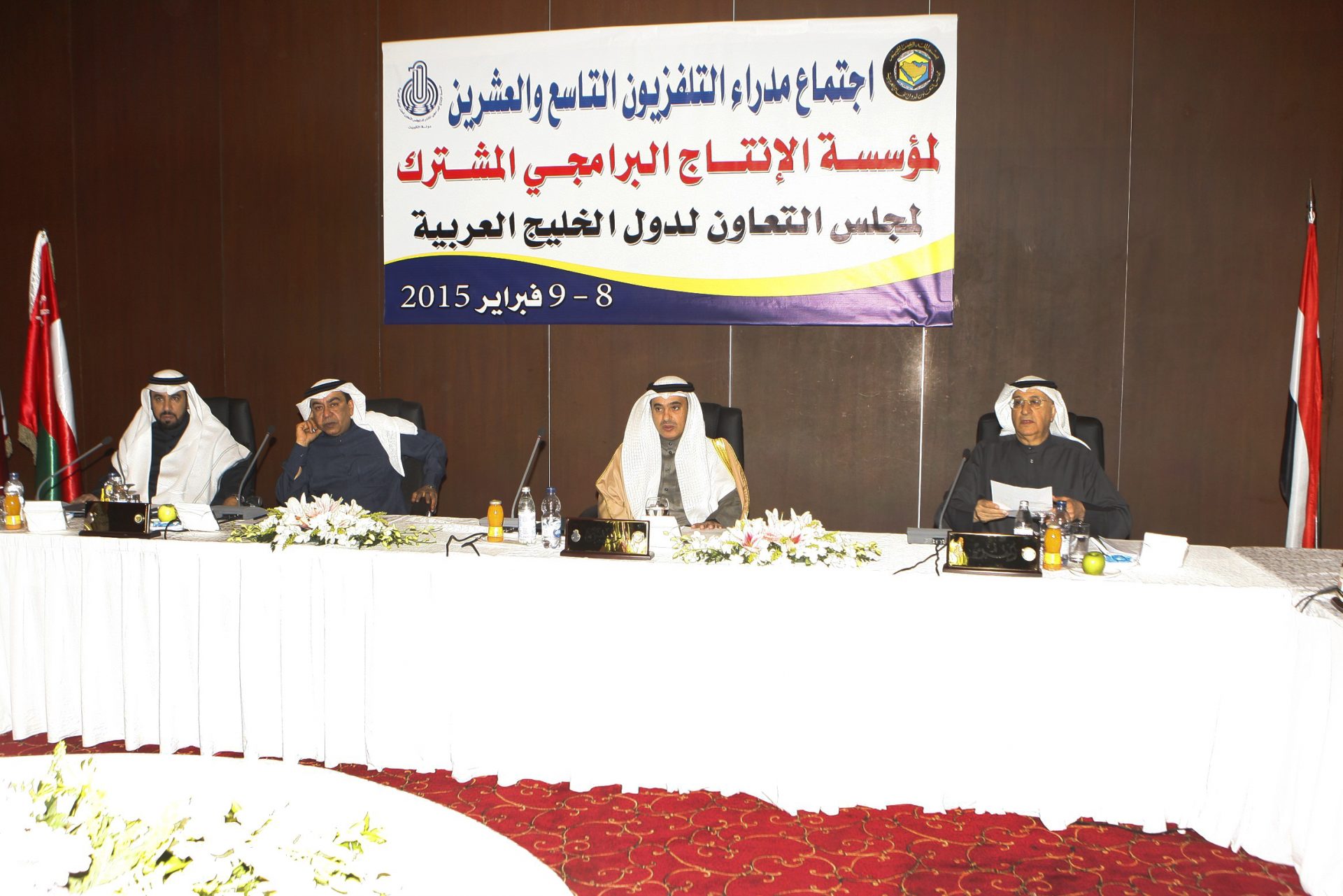 JPPI’s annual meeting enticed discussions around media content production for children, with aims to revive the region’s traditions and values
Abu Dhabi, 11 March 2015 – Iftah Ya Simsim, the Arabic educational television show based on the world’s longest-running TV series for kids, Sesame Street, has been at the forefront of discussion at the annual meeting of the Joint Program Production Institute for the Gulf States, held recently in Kuwait. Attended by Bidaya Media, the production company behind Iftah Ya Simsim, discussions were held with representatives from the GCC’s Ministries of Information and Heads of the GCC National TV Channels.
The annual meeting accentuated the importance of supporting and producing sound educational and social programs that enhance Arabic literacy for children, as well as provoking a strong sense of appreciation, respect and understanding of Arabic values, traditions and heritage.
Dr. Ali Al-Rayyes, Director General of the GCC Joint Program Production Institute, said: “We have always been committed to creating Arabic TV content that truly reflects the traditions and heritage of the GCC, including the first ever Iftah Ya Simsim back in 1979. With the comeback of the show, we feel proud to be associated with the previous success of Iftah Ya Simsim and look forward to working hand in hand with Bidaya Media to bring to life the characters that impacted the elder and younger generations alike. With what we have seen, the new Iftah Ya Simsim is poised to captivate the hearts of Arab audiences once again as it is brought to life by local talent and experts.”
The production of the new Iftah Ya Simsim is underway, with the Arabic educational TV series set to launch later this year, featuring the characters of No’man and Melsoon among others. Led and produced by Bidaya Media, the new Iftah Ya Simsim brings together Arabic talent and key partners who contributed to the comeback of the show, including JPPI who are producing the show’s live action films and dubbed materials.
Dr. Cairo Arafat, Managing Director of Bidaya Media, the Arabic educational content development company that was specially established to produce the new Iftah Ya Simsim, was honored to receive an invitation from Dr Al-Rayyes for attending the annual meeting, and said: “It is an absolute pleasure for Bidaya Media and myself to be part of the efforts that brings back one of the most popular Arabic education TV series in the Arab world. As a member of our Education Advisory Committee, JPPI persistently strives to provide us with guidance on how to enrich the program’s Arabic literacy and encourage positive social practices and values to support children’s acquisition of healthy lifestyles.”
Iftah Ya Simsim is a pioneer in its field being the first locally created and produced Arabic speaking version of world’s longest-running education TV series for kids, Sesame Street. The life behind the characters are actors who were selected from the region making this a truly organic, home-grown initiative which supports and promotes its regional talent. All of Iftah Ya Simsim’s content is based on the educational curriculum and objectives that are regularly reviewed and updated by the Educational Advisory Committee and the representatives of the Arab Bureau of Education for the Gulf States (ABEGS).
Dr Arafat concluded, “The initiatives of our strategic partners, particularly JPPI, highly support the comeback of Iftah Ya Simsim, as it injects fundamental updates and enhancements into the show with a new vision and content suitable for children of today.”