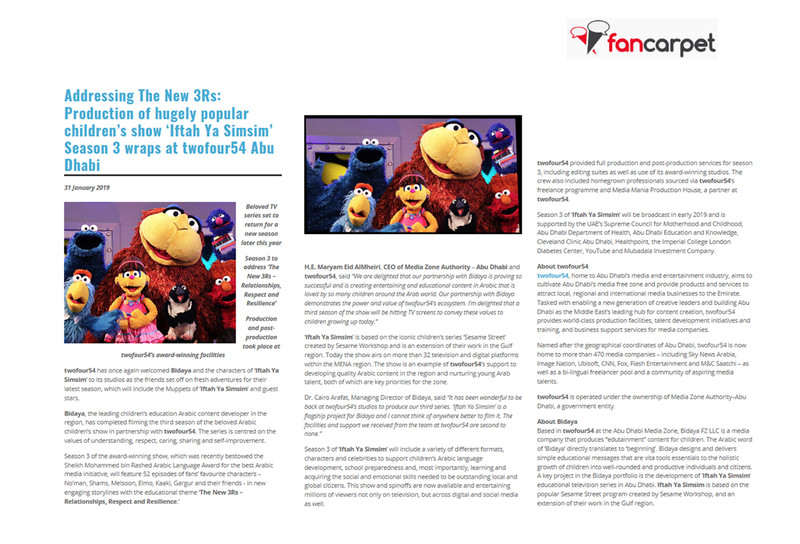 This season, Iftah ya Simsim will open up its gates to a host of new people and places in an effort to showcase the GCC’s widespread diversity of people and cultures. The upcoming episodes will revolve around themes pertaining to tolerance, respect and social development. Read more

The news of the production of Iftah Ya Simsim Season 3 were covered by reputed press across the channels. 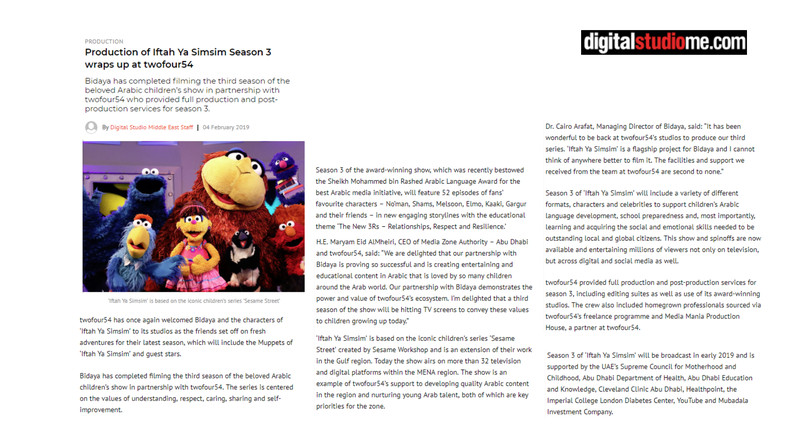 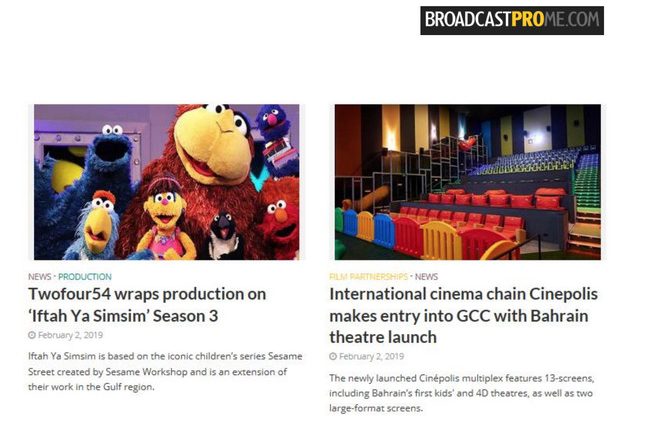 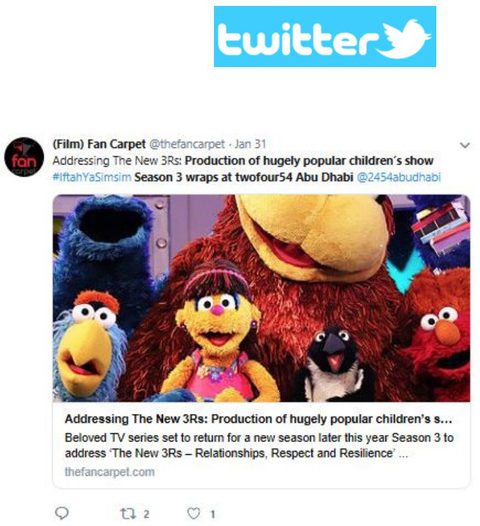