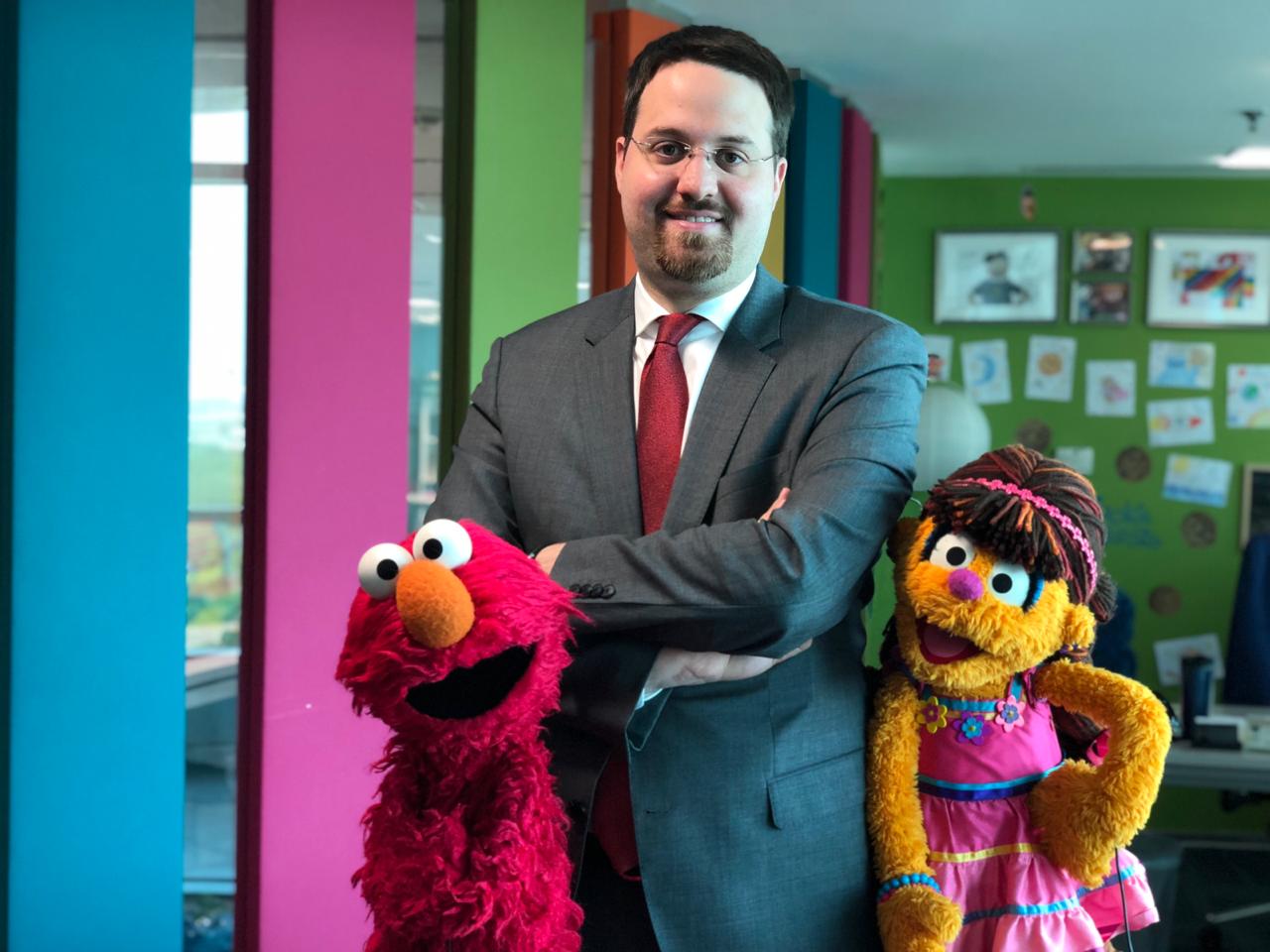 Abu Dhabi – 03 JUNE, 2019: Bidaya Media, the producer of the beloved children’s program ‘Iftah Ya Simsim’, has appointed Nabil El Jisr as CEO. He will lead the educational media production organization in its mission to use the educational power of media to help all children reach their highest potential.

El Jisr joins at an exciting time as season 3 of the company’s flagship show ‘Iftah Ya Simsim’, developed with its US partner Sesame Workshop, continues to educate and entertain Arab children this Ramadan. Iftah Ya Simsim is airing on several regional satellite and terrestrial channels throughout the Holy Month. It will also be available on digital platforms, including the program’s YouTube channel www.youtube.com/Iftahyasimsim, later this summer. Season 3 features 52 episodes centered on developing social-emotional skills, self-respect and respect for others, and resilience in the face of hardship.

On this occasion H.E. Maryam Eid AlMheiri, CEO of Media Zone Authority – Abu Dhabi and twofour54 and the Chairwoman of Bidaya Media, said: “Edutainment programmes, like Iftah Ya Simsim, are increasingly important as they are tools to engage with children and teach them not just languages and skills but also values such as respect and inclusion. And like everything else, these programmes increasingly need to adapt to new technologies and their impact on information retention. Nabil’s experience will be valuable to ensure that Iftah Ya Simsim is relevant and attractive to today’s children as it was to many generations before. We look forward to working with him and the Bidaya team on creative and inspiring content for years to come.”

Mr. Nabil El Jisr, the new CEO of Bidaya Media said: “I’m proud to join the Bidaya team and my goal is to help create more educational content to support today’s children in becoming the future innovators, leaders and pioneers. We are proud to share the new season of Iftah Ya Simsim across the UAE, GCC and MENA region. We will broadcast on numerous channels and digital platforms reaching over 10 million children and their families. Bidaya Media will continue to create more children’s programs that will support their development, creativity and curiosity.”

The third season of the show features a number of special guests from the UAE and MENA region including H.E. Sheikh Abdullah Bin Mohammed Al Hamed, Chairman of the Abu Dhabi Department of Health; H.E. Dr. Mohammed bin Sulayem, President of the Automobile & Touring Club of the UAE; and the actor Bassel Khayyat.

Iftah Ya Simsim has opened up its gates to a host of new stories, people and places to showcase the GCC’s diversity. The episodes revolve around three main themes: Relationships, Respect and Resilience. Each episode centers around an emotion such as happiness, appreciation, frustration, or sadness- and the effect each feeling has on a child. The program will help children learn to respect themselves, their families, their communities and different cultures and ways of living.

The launch of the show’s third season and its themes coincides with the Year of Tolerance in the UAE and a GCC wide effort to support tolerance, inclusiveness and understanding. The show employs talent from all over the MENA region and world. Internationally, Iftah Ya Simsim’s themes parallel a global trend of promoting compassion. Children will learn means of resolving interpersonal conflict by thinking outside the box, using effective language and vocabulary, and managing and understanding their own feelings and those of others.

The messages featured this year build on values promoted in previous episodes of Iftah Ya Simsim and which continue to empower children to become smarter, stronger, kinder.

Based in twofour54 at the Abu Dhabi Media Zone, Bidaya Media FZ LLC is a media company that produces “edutainment” content for children. The Arabic word of ‘Bidaya’ directly translates to ‘beginning’. Bidaya Media designs and delivers simple educational messages that are vita tools essentials to the holistic growth of children into well-rounded and productive individuals and citizens. A key project in the Bidaya Media portfolio is the development of ‘Iftah Ya Simsim’ educational television series in Abu Dhabi. Iftah Ya Simsim is based on the popular Sesame Street program created by Sesame Workshop, and an extension of their work in the Gulf region.